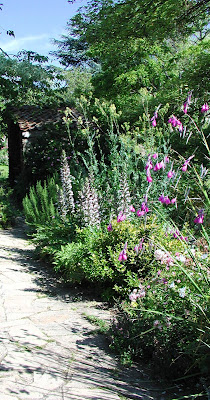 Early next morning we were on the road to East Lambrook Garden, a place I'd wanted to visit for years. It seemed to me to be the perfect cottage garden. I have several cottage garden books and Margery Fish's garden always figures prominently in them. Alas, the unusual heat had taken its toll on the plants and it all looked a bit faded, but we enjoyed our visit none the less.

On the way back to the car park, we had one of those I'm a tacky tourist moments. An elderly gentleman was being escorted into the garden by a young woman. He was dressed in his Sunday best; black suit with waist coat, starched white shirt and tie. He must have been sweltering, but he knew that proper attire was required for a garden visit. I was almost embarrassed to be so lightly dressed. 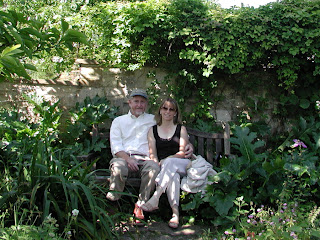 After our visit we hopped in our trusty Yaris and headed west on the A30 rolling along past Ilminster, Honiton, Exeter, Launceston, and Bodmin. There we turned off the motorway and things got interesting. 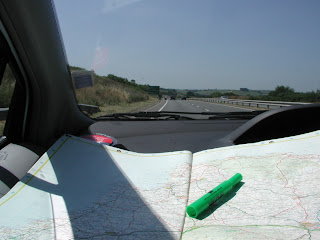 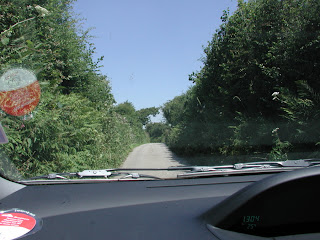 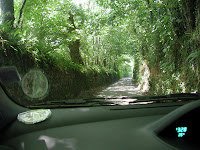 Like one lane small. And edged with granite banks. But every so often there would be a little lay-by where you'd scoot over to let someone pass. Of course the locals knew where all the lay-bys were and sometimes would force their hand so to speak, but they were always right and being forced to back up to the closest turnout became second nature to the Lord of the Manor after a bit. I must say the lorries were dreadfully close at times, but the little Yaris was returned with no damage. Well, not exactly no damage, but almost invisible damage. Ok, you could see it, but it was really small!

And the villages became more quaint. And we got hungry..... 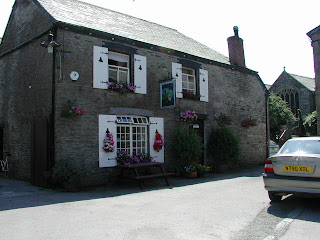 So we stopped here at the St. Mabyn Inn... 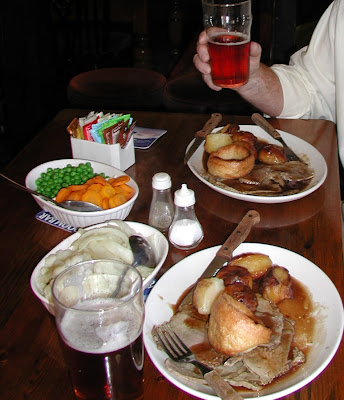 and had the Sunday roast. Roast beef, Yorkshire pudding, potatoes, huge amounts of fresh veg, and local ale to wash it all down. What could be better? 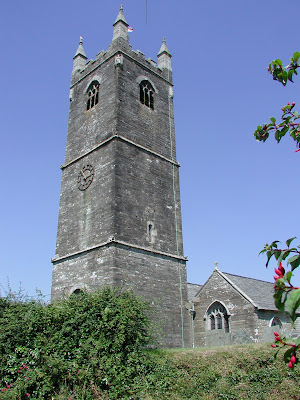 After lunch we waddled around the village then we drove out to Port Isaac for a little look see before heading to the cousin's home in St. Kew. 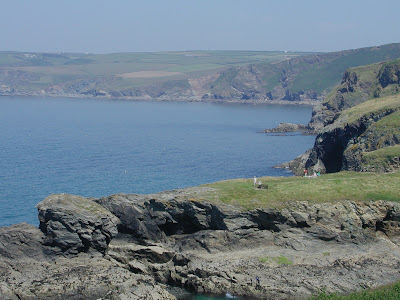 The coast along this part of England reminded us of Northern California's rugged coast so we felt quite at home. 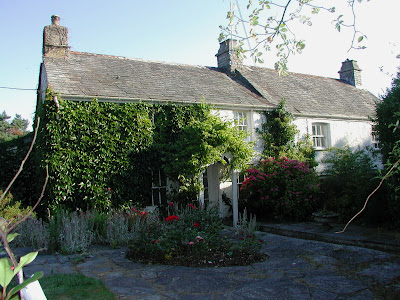 And then right on shedyul we arrived at this cosy cottage for tea and began the most pleasant three days of our trip. Do come back and join us for tea, won't you?

Lovely pictures. Great job on the sign painting for the boat. So true that hand painted signs are becoming a dieing art. When I was in my twenties(80's), I worked at a scene shop, Scena Studios, we only painted scenery, anyway we painted the King Kong Exhibit for Universal Studios, it was all built and painted in No. Va.& trucked to Florida. That was 3/4 scale building making up many N.Y. city blocks. But, a wonderful older gentleman was hired to come in paint the signage, all kinds of signs for the store fronts and so on. But this guy was amazing! He came in every morning dressed in a beautiful suit, he would take off his coat, hang it up & and in a perfectly pressed white shirt & tie, he stood at his drawing table & whipped out sign after sign.Not a speck of paint on him.I could just stand & watch him all day! But of course I had my own work. But truly, I will never forget him. amy

Hi Laura,
What beautiful pictures -- I'm enjoying the tour so much! I can't wait to see if that is "the cousin's" cottage in the last pic.

Thanks for your nice comment about my dishes. The dish you asked about is "Hamilton" by Wedgewood. My mom found a partial set somewhere -- ten dinner and ten soups, that's all...
xoxo,
Mary

"Roast beef, Yorkshire pudding, potatoes, huge amounts of fresh veg, and local ale to wash it all down. What could be better?"

NOTHING! Sorry for shrieking. Honestly, give me a hunk of meat, steamy potatoes and a pint of ale any day!

I simply cannot understand why English food has such a bad reputation...

If you had kept going on the A30, about 100 miles or so, you would have come to where I live! my most recent blog names the village I live in.

and when you went through Launceston you drove straight past us!

next time you must come and visit us. 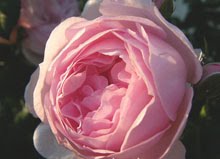 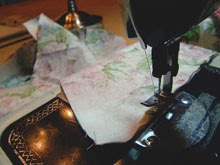 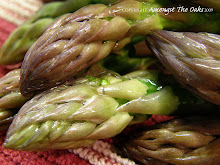